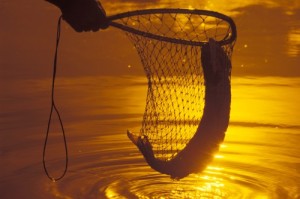 Libertarians would have us believe that the free market is the only way to ensure that limited resources are exploited and distributed in an efficient manner, and that any attempt at control is doomed to failure because we are not capable of handling the huge number of variables involved in balancing supply and demand. Would that were true, but unfortunately free markets have inherent flaws which must be dealt with if we are to make use of resources in a way that is sustainable, equitable or even desirable.

‘The Tragedy of the Commons’ is the title of an article written by the ecologist Garrett Hardin in 1968. It references a lecture delivered by the economist Reverend William F. Lloyd at Oxford University over 130 years previously, although Greek writers were discussing the problem over 2,000 years ago. Reverend Lloyd asked, “Why are the cattle on a common so puny and stunted? Why is the common itself so bare-worn, and cropped so differently from the adjoining inclosures?” (Lloyd, 1833, p30) He went on to answer the question, understanding that each herdsman will seek to maximise his gain, regardless of the condition of the common.

Whether enclosed or not, grazing land can only support a certain density of cattle: if the density is too high then there will not be enough grass to go round, while overgrazing will prevent new grass from replacing the old. Where the pasture is enclosed, only the owner has the right to graze cattle. Once that critical density is reached, adding any more cattle will cause the existing cattle to suffer, so the owner will not gain any benefit. It is therefore in his interest to only graze the number of cattle that his land can sustain.

However where the pasture is common land then the suffering will be shared between all the cattle, and not just his own, so the suffering to his own herd is proportionately reduced. As a result the introduction of an additional animal gives him a net gain. Unfortunately the same line of reasoning can be followed by every herdsman who shares the common, leading inevitably to overgrazing. As Hardin put it: “Therein is the tragedy. Each man is locked into a system that compels him to increase his herd without limit. Freedom in a commons brings ruin to all.”

In this particular example, one solution is to divide the common itself into enclosures and distribute these amongst the commoners who were originally eligible to use the common. This indeed is what happened in Britain, culminating in a number of Inclosure Acts through the 18th and 19th centuries. However the result was that most of the new enclosures fell into the hands of existing landowners and many commoners lost their right to graze altogether, causing them and their families considerable hardship. As an anonymous 17th century poet put it:

In practice, the use of common land was often regulated through informal customs and agreements between the commoners, and indeed it has been suggested that the Tragedy of the Commons can be alleviated by restricting the group that is sharing the resource to a size that encourages cooperation rather than competition. (Fox, 1985) However there are many situations where neither of these solutions are possible.

In 1497 the Italian explorer Giovanni Caboto (also known as John Cabot) set sail from Bristol, crossing to Ireland and sailing up the west coast before striking out across the Atlantic Ocean. Some 35 days later, he and his crew made landfall somewhere in Newfoundland, becoming the first Europeans to set foot on American soil since the Vikings. On his return he described his adventures to the Milanese ambassador to England, who later that year wrote to the Duke of Milan stating, “They assert that the sea is swarming with fish, which can be taken not only with the net, but in baskets let down with a stone, so that it sinks in the water.” Several centuries later, the French priest Pierre de Charlevoix, who was surveying the area for King Louis XIV, described seeing cod, “the number of which seems to equal that of the grains of sand which cover this bank.” (Roberts, 2007, pp. 34-36) It is not surprising then that other vessels were soon making the same voyage to exploit this seemingly endless resource.

Cod were initially caught using hook and line, with the catch attributed to Spanish and Portuguese vessels alone reaching around 30,000 tonnes a year by the middle of the 18th century. Although extravagant by the standards of the day, such quantities were easily sustainable given that many million cod are thought to have been swarming around the banks off the eastern seaboard of Canada and North America at the time. By the 19th century longlines, with hundreds of baited hooks hang from a single line, were being used to increase catch, and fishermen were beginning to use beam trawls.

A beam trawl is a bag-shaped net which is dragged behind the ship. The lower edge of the trawl mouth is weighted while ropes from the ship are attached to a wooden or steel beam across the upper edge, so ensuring the mouth stays open and ready to trap anything that gets in its way. The problem is that the lower edge of the bag drags across the seabed where it can cause immense damage to the habitat. Indeed the first reference to such a trawl is to be found in a complaint made to Edward III as far back as 1376, while in 1499 a decree was passed in Flanders banning trawls that “rooted up and swept away the seaweeds which serve to shelter the fish.” (Roberts 2007, pp136-138)

Dragging such a trawl requires considerable force, so although trawls were dragged behind sailing ships, they were limited to beam lengths of around 10 to 12 metres. This all changed with the invention of the steam engine and by the 1920s most trawlers were steam-powered and dragging much larger trawl nets capable of catching a much greater number of fish.

The next major innovation was the ability to freeze fish immediately after they were caught, so making ‘distant-water’ fishing feasible using ‘factory’ trawlers that could store hundreds of tons of fish while remaining at sea. By 1974, trawlers from the USSR and Europe were taking three times the Canadian catch from the waters off the eastern seaboard, amounting to a total of over 2.6 million tonnes of fish each year.

An attempt to avert international crises on both sides of the Atlantic resulted in the creation in 1975 of Exclusive Economic Zones giving nations control over the incursion of foreign fishing vessels within 200 nautical miles of their coastlines. Whilst this gave some respite it simply replaced an international commons with domestic commons, with the result that the number of people employed in the fishing industry on Canada’s east coast between 1975 and 1980 increased from 14,000 to 33,000. By the mid-1980s it is estimated that between 60 to 80 per cent of all cod, haddock and yellowtail flounder was being killed in the Gulf of Maine every year. As a result of such extravagant overfishing the total catch of these species dropped from 100,000 tonnes a year at the beginning of the decade to 40,000 tonnes in 1989. (Roberts pp212-213)

The crunch came in 1992 when Federal Fisheries Minister John Crosbie announced a two-year moratorium on cod fishing, putting some 40,000 people out of work. By this time stocks had fallen to an estimated 22,000 tonnes, and in 1993 the moratorium was extended indefinitely. Particularly worrying is that the cod population was showing little sign of recovery ten years later, resulting in the Canadian government declaring a complete ban across nearly all of its Atlantic waters.

It would appear that the factory trawlers had decimated not only the cod population but also the habitat in which they flourished: “Their massive nets… were gouging the sea bottom so badly that great areas of Georges Bank were becoming lifeless deserts. Their tow wires and rigging were so strong that when the foreign ships snagged wrecks and boulders they often dragged them for miles across the bottom before they finally got free.” (Matteson, 1979)

Although the Canadian story is particularly bleak, fish stocks throughout the world are in danger of suffering the same fate. Newfoundland fisherman Larry Tremblett advises those on the European side of the Atlantic, “It would be better for them to take drastic measures now, bite the bullet for a little while and then hopefully their stock will rebuild. Not like what happened to us, just letting it go until there was nothing left. As far as Newfoundland is concerned now, our fishery has gone – wiped out, and all because of greed and stupidity.” (BBC News, 2002)

Such phenomena are particularly tragic when the resource involved is living and regenerative. Managed intelligently, the cod inhabiting the northwest Atlantic could have provided a sustainable source of food into the foreseeable future. Instead, market forces coupled with technological advances destroyed it in just a matter of decades.

It is difficult to see how such tragedies can be averted by anything other than government intervention. In the case of our fish stocks, the creatures are too mobile and exploited by too many people for them to be allocated private owners or have access limited to a group small enough to spontaneously cooperate. Unfortunately, as history has shown on both sides of the Atlantic, governments are reticent to jeopardise the jobs of voters with the result that what quotas have been enforced have been too generous and too late.

Furthermore, such measures can have unforeseen side effects. There is evidence that quotas designed to stop fishermen from catching smaller, less mature fish actually create evolutionary pressures that result in the surviving population becoming smaller, less fertile and less inclined to forage with each successive generation. (Walsh etc, 2006) As Professor Callum Roberts suggests, a more viable solution is to be found in the establishment of marine reserves in international waters, but this would require international cooperation. (Roberts, pp373-385)