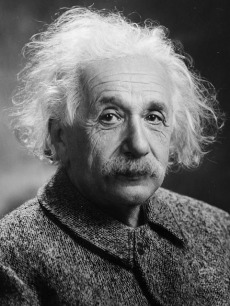 In 1948, the renowned scientist Albert Einstein co-authored an open letter to the New York Times expressing his concerns about the visit to America of Menachem Begin, leader of the Freedom Party in the newly-formed state of Israel. Earlier that year, Begin had been involved in the massacre of an Arab village which had shocked the world, including most in the Jewish community. In the letter, Einstein describes the Freedom Party as “a political party closely akin in its organization, methods, political philosophy and social appeal to the Nazi and Fascist parties.” Begin went on to become Prime Minister of Israel in 1977 and remained in power until 1981.

Things are different now, which is perhaps why the 10th example given in the Working Definition of Antisemitism developed by the International Holocaust Remembrance Alliance (IHRA) sites “Drawing comparisons of contemporary Israeli policy to that of the Nazis.” Einstein was not only a Jew but also a Zionist, although he resisted “the idea of a Jewish state with borders, an army, and a measure of temporal power.” Nevertheless, if such a statement was to be made now, then the IHRA suggests it be branded antisemitic. END_OF_DOCUMENT_TOKEN_TO_BE_REPLACED

Labour must refute charges of anti-Semitism

Is it anti-Semitic to accuse rich bankers of living off the backs of the poor? Or to condemn the Israeli government for its treatment of the Palestinians, or indeed the Lebanese? I don’t think so, and one reason I support the Labour Party is for its robust condemnation of these things. However it is anti-Semitic to suggest those bankers are necessarily Jewish, or that the activities of the Israeli government are necessarily endorsed by all Jews, and I find it disturbing that the Labour party seems unable to distance itself from such views.

There is a long history of anti-Semitism in British politics, both on the left and on the right, but it has no place in the modern world, and no relevance to the central message of Jeremy Corbyn’s new Labour Party. And yet, for some reason, Corbyn seems unwilling to shrug it off with any real conviction. END_OF_DOCUMENT_TOKEN_TO_BE_REPLACED